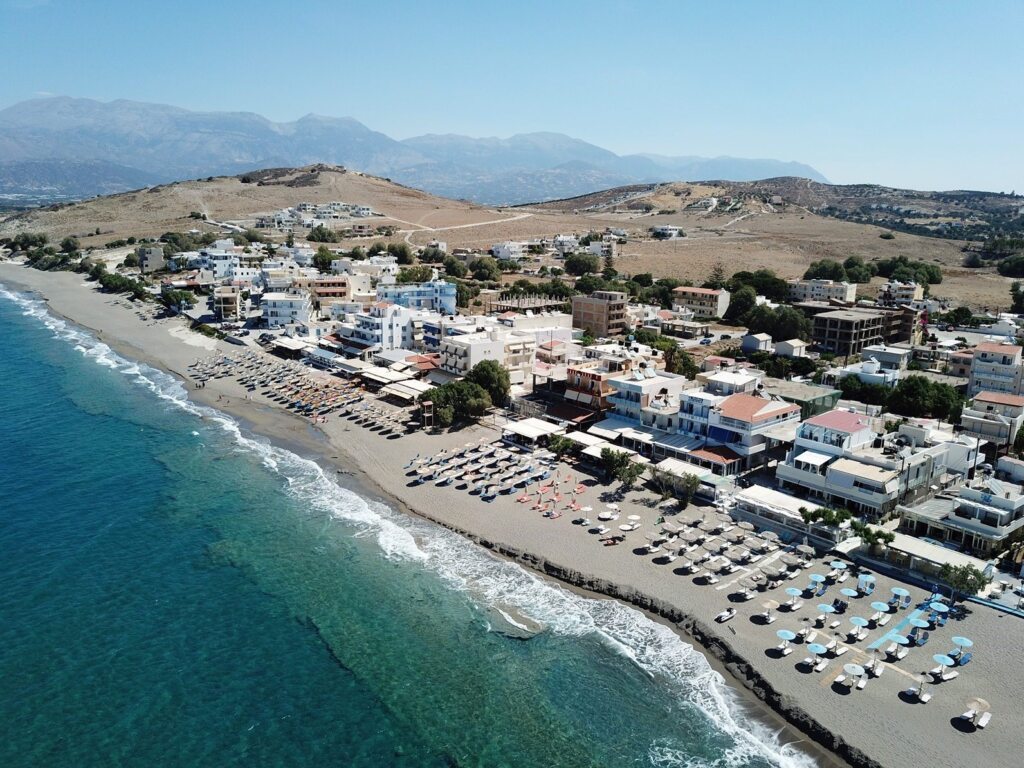 ABOUT KALAMAKI IN SOUTH CRETE In the South of Crete between Matala and Agia Galini is the wonderful coastal settlement of Kalamaki. Kalamaki is famous for its large sandy and comfortable beach with crystal clear waters. The beach has sunbeds with umbrellas and lifeguard services as well as the possibility to do water sports, […] 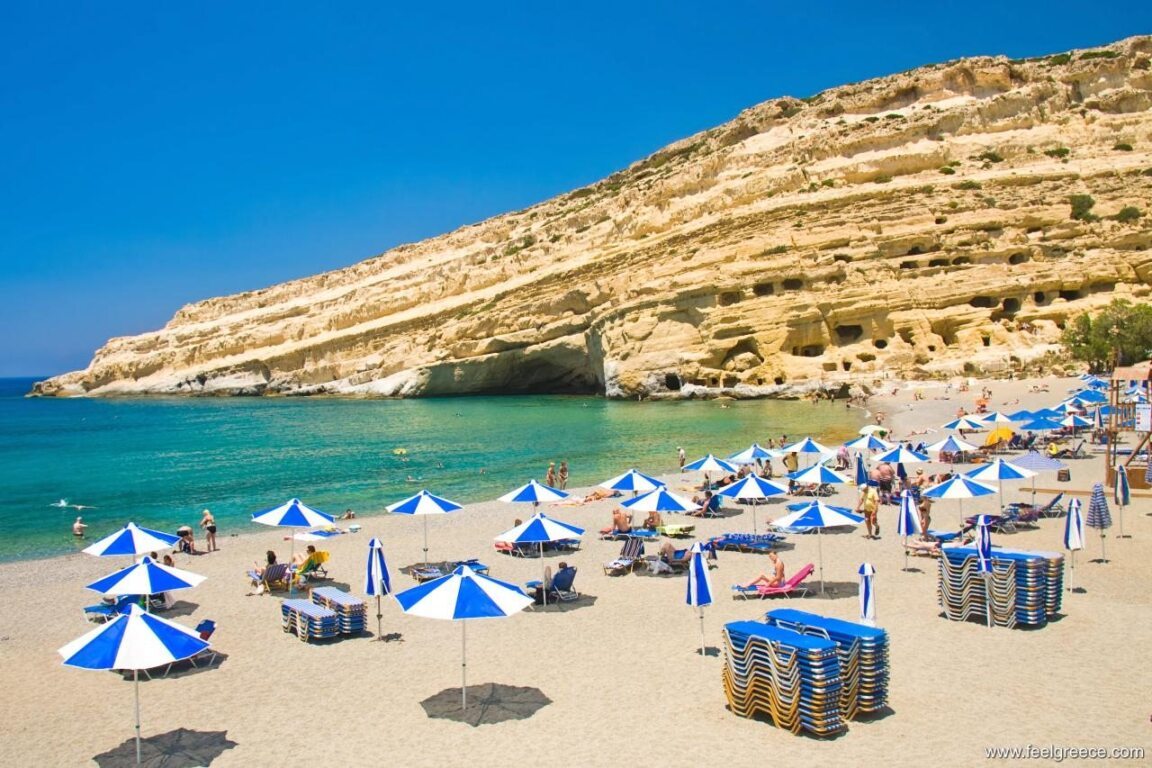 The beautiful beach with the characteristic caves on the rock became known mainly by the hippies or the children of flowers if you prefer, who had camped for several years in the area back in the 1960s 1970s. This is a beautiful place with a very beautiful beach which is known to have been […] 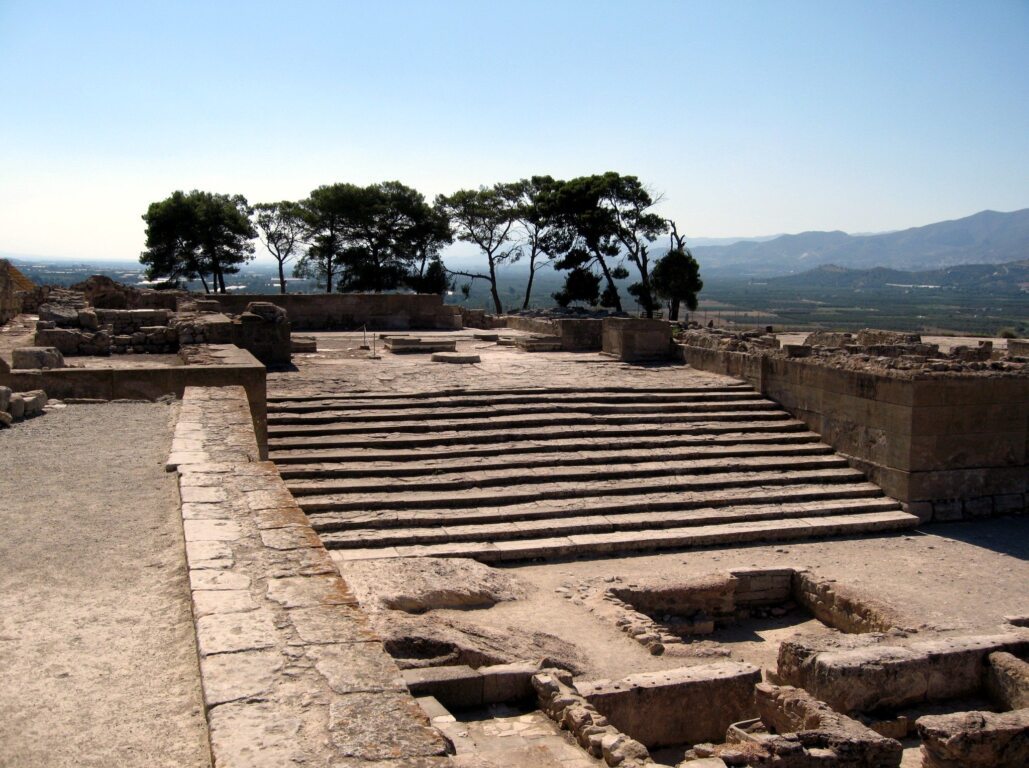 Phaistos or more properly the Minoan palace of Phaistos is located in South-Central Crete, in the plain of Messara, 55 km south of Heraklion and a short distance from the archeological site in Gortyna. Phaistos is one of the most important archeological sites in Crete and receives many thousands of visitors every year. The […] 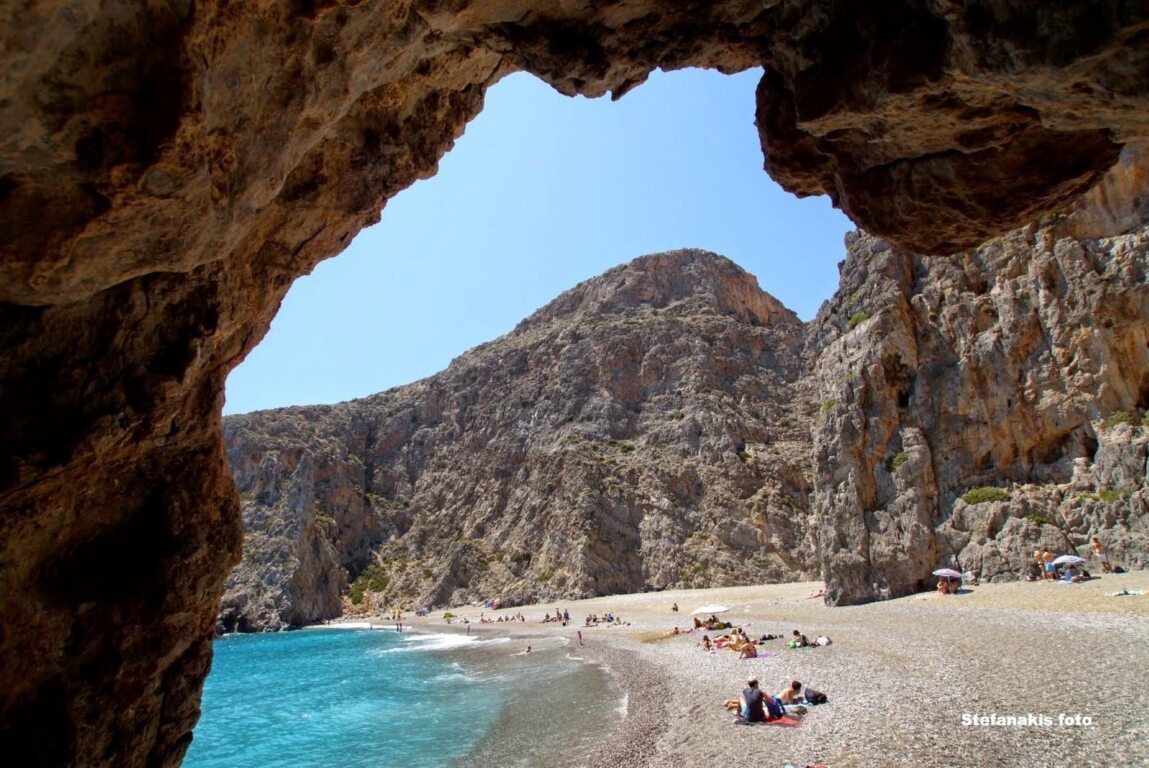 Agiofaragos beach is located about 80 km south of the city of Heraklion, at the exit of Agiofaragos. To get here you must either cross the imposing gorge with easy hiking about 20-30 ‘from the nearest parking spot, or take a boat from Matala, Agia Galini or Kalous Limenes. On the way inside the […] 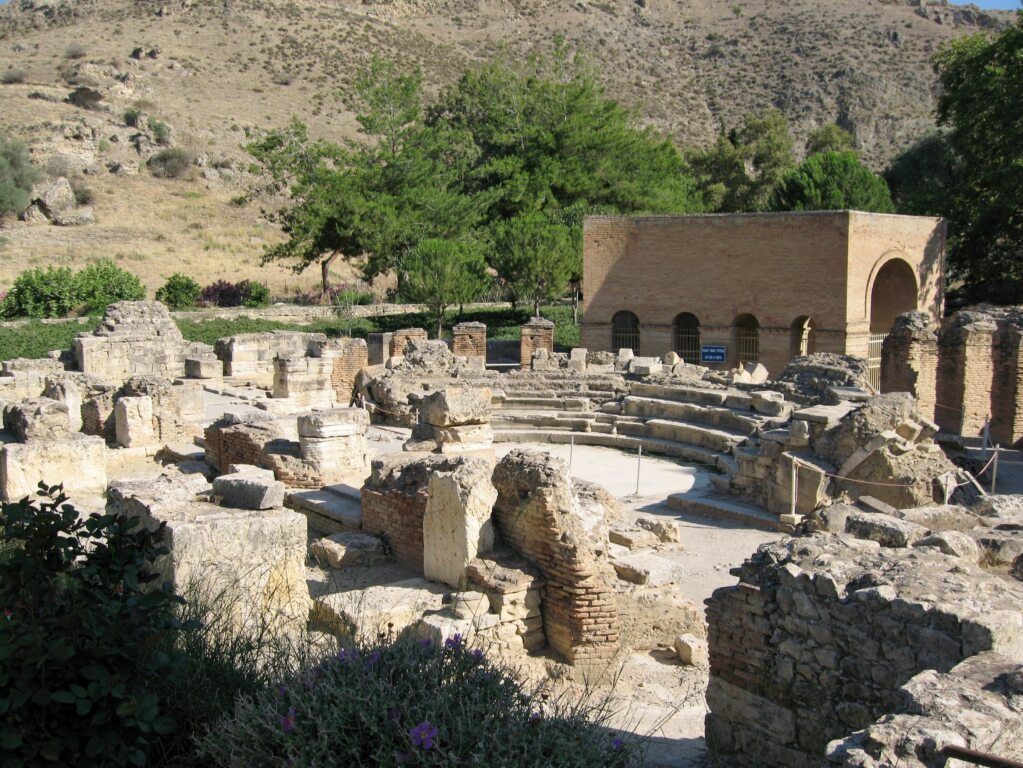 Gortyna was an ancient city of Crete, which was the capital of Crete and Cyrenaica during Roman times. It was inhabited around 3000 BC. and flourished during the Minoan period, between 1600 – 1100 BC. Today, it is one of the most important archaeological sites in southern Heraklion, at a distance of 45 […] 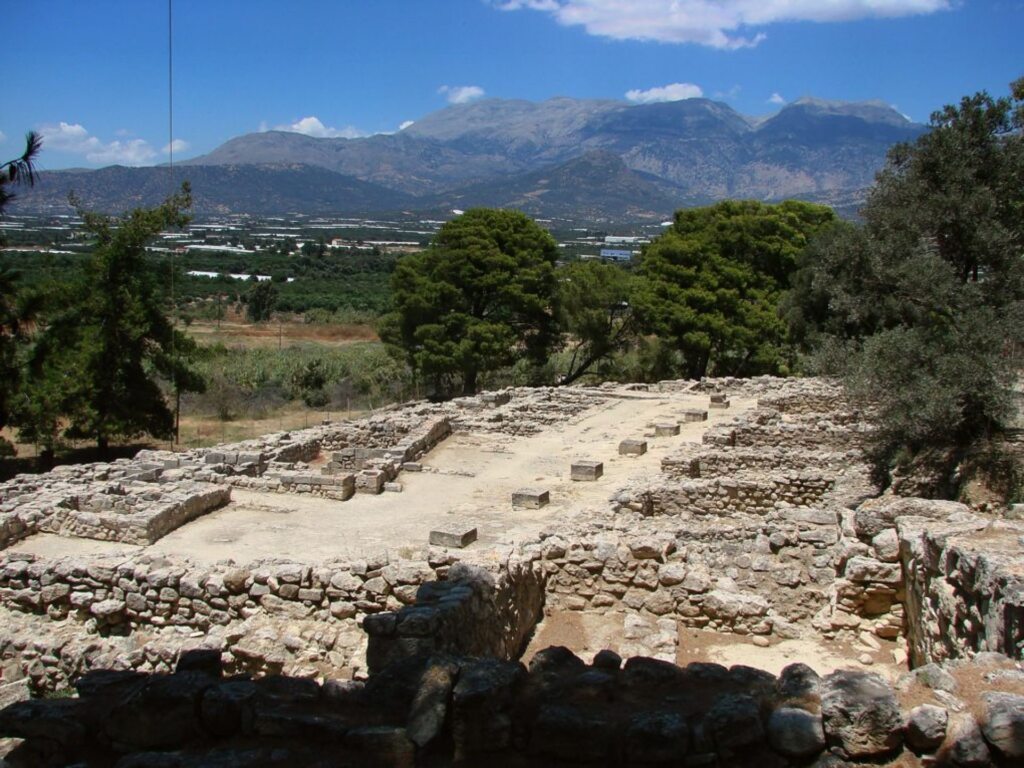 The archeological site of Agia Triada is located three kilometers south of Phaistos, on the river Geropotamos. Excavations that began in 1903 revealed one of the most remarkable archeological sites of Crete, which is spread along the northern slope of the hill of Agios Georgios Galatas in a landscape of exceptional beauty. According to […]